As a boy, I never really learned to solder. I recall dad showing me some minor soldering, but this was with a soldering gun (not iron) on wires. Much to my dismay later in life, I never learned to solder small things: chips, circuitboards, etc.

When I started roasting coffee, I picked up an el-cheapo soldering iron from Fry’s to modify a hot-air popcorn popper by adding two switches: power and thermal protection bypass (to prevent the thermal protection switch from shutting off the element). My soldering job was terrible, at best, but it worked until the popper eventually gave out.

About two years ago, my Shure SRH840s decided to switch to mono. I love these cans, but there is a design flaw in that the wire connecting the left to the right headphone is exposed. I na studio environment, I’m sure this is not a concern. But in my cave, this wire is constantly hitting the headrest of my Humanscale Freedom.

I quickly found a head-fi user who had experienced the same issue and successfully replaced the wire. Naively confident I could fix it, I went to work taking my precious headphones apart. I handily replaced the wire (with a thicker gauge) and soldered the replacement in. Both ends were circuit boards with soldering pads. Success! Though my soldering job looked like a two year old’s coloring book.

I discovered on that job that my el-cheapo soldering iron was quite terrible. The tip of the tip did not get nearly hot enough, so I had to lay it almost horizontal to get enough heat into my work to melt the solder. I swore at that point that the next time I needed to solder something, I would purchase a quality soldering iron.

Fast-forward to last week, and my Shure’s right earphone started to crackle again. A bit nervous from my previous forays into soldering, I put in an order on Amazon. All told, the gear I got to do a satisfactory job was still half the cost of replacing the (perfectly working) headphones. I opted for a simple Weller 40W iron, some helping hands, and a few other accoutrements to make my job easier.

I prepared myself by watching the Pace Soldering lessons. These videos may be a bit dated, but they are still very valuable. This weekend, I grabbed some 24AWG stranded (better flexibility than solid) wire from our local Radio Shack and got to work.

I’m quite proud of my connections this time. I used a desoldering wick to remove the old connections with much success. I used a bit too much flux on the reflow (you can see the brown residue still on the PCB), but the joints are clean. You will also notice the melted plastic in the pictures below; this is from my previous repair attempt with the terrible soldering iron. 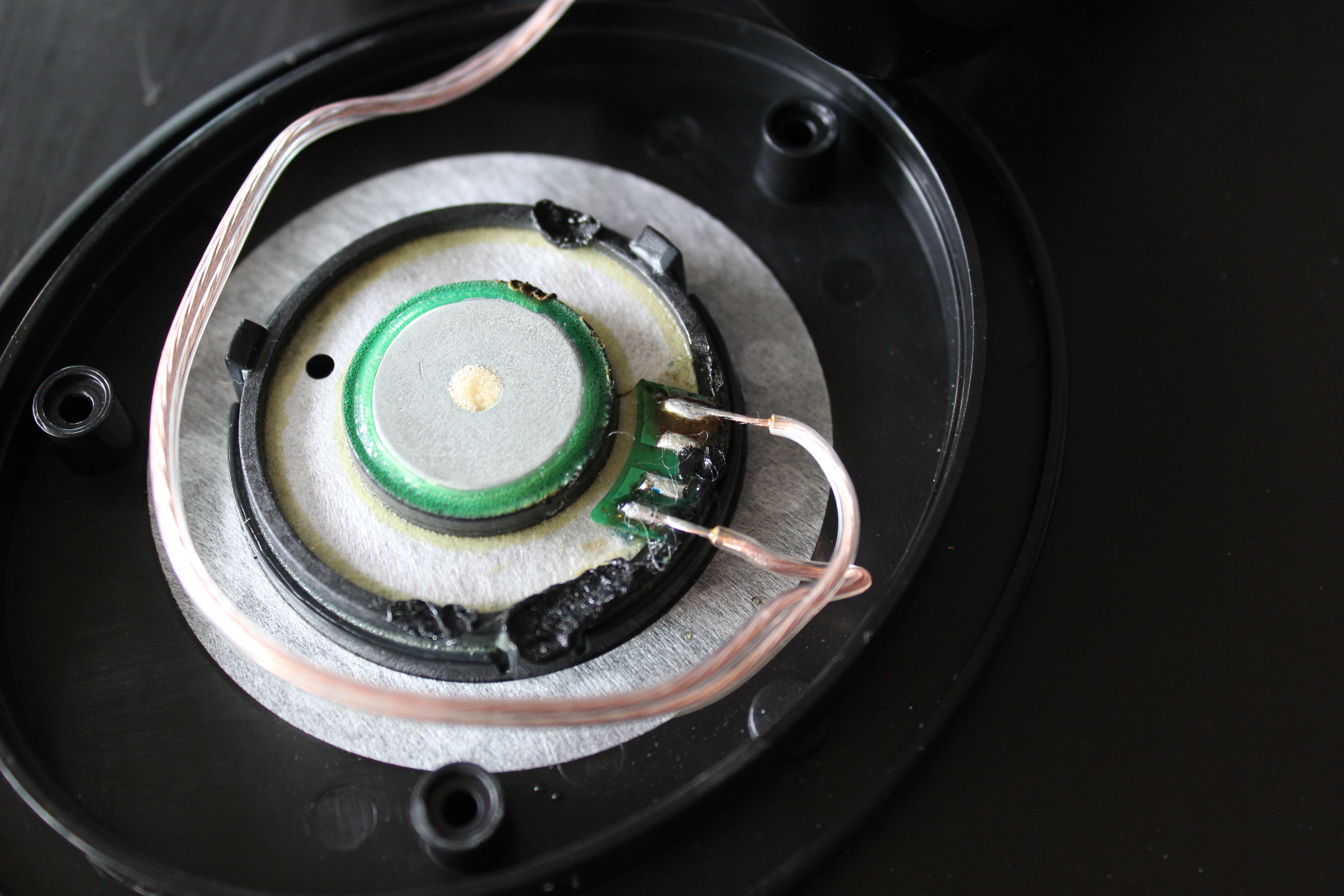 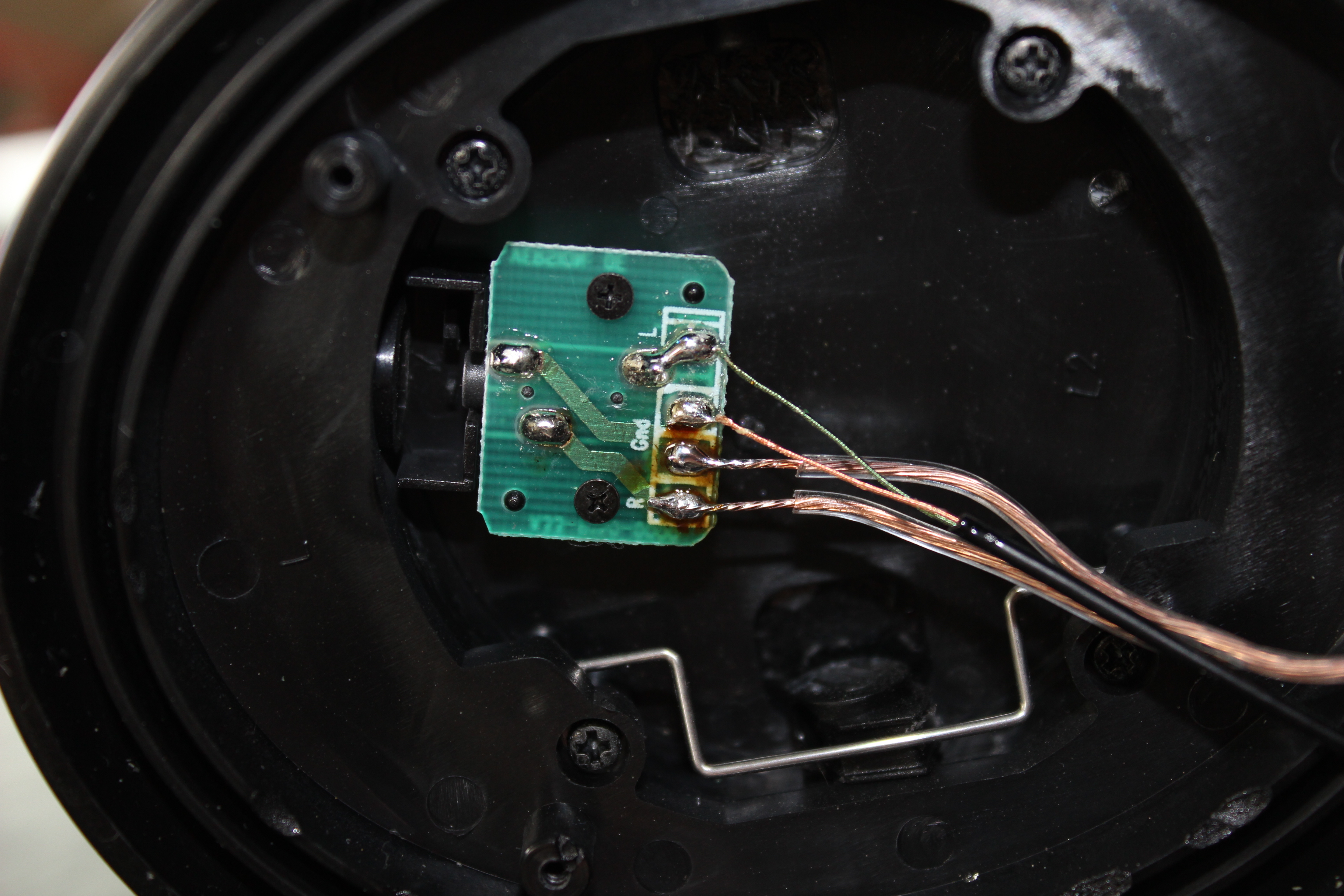 At the end of the day, a bit of skill and quality tools make all the difference in the world. I’m glad that I now have the confidence and enough skill to fix a new class of thing in our increasingly disposable world.